This project, conceived by the Museum of Old and New Art in Hobart, was envisaged as both an arts and sustainability project focused on the city’s majestic, but much contaminated, Derwent River. Artists, scientists, performers and others were to come together in this mobile ‘ideas lab’ as it cruised the river, conveying its message.

The lab features a mute, black exterior, which belies neither its function nor its means of propulsion. It simply appears, off the coast, and serves its purpose before disappearing again. This enigmatic quality is complemented by the wonder of its crocoite red/orange interior, apparent mostly at night through festive lighting, thus making even those who do not visit the lab aware of its presence and message. 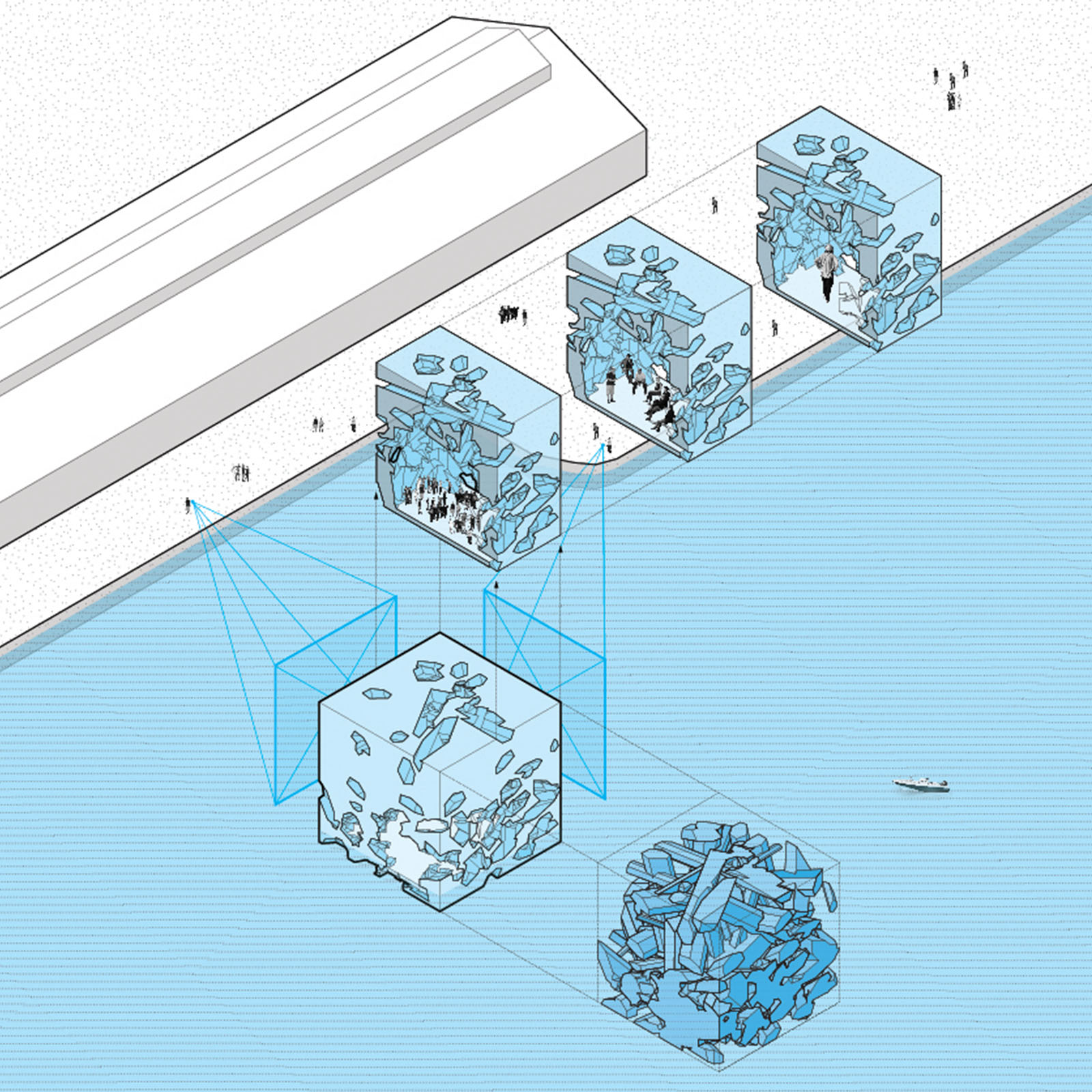 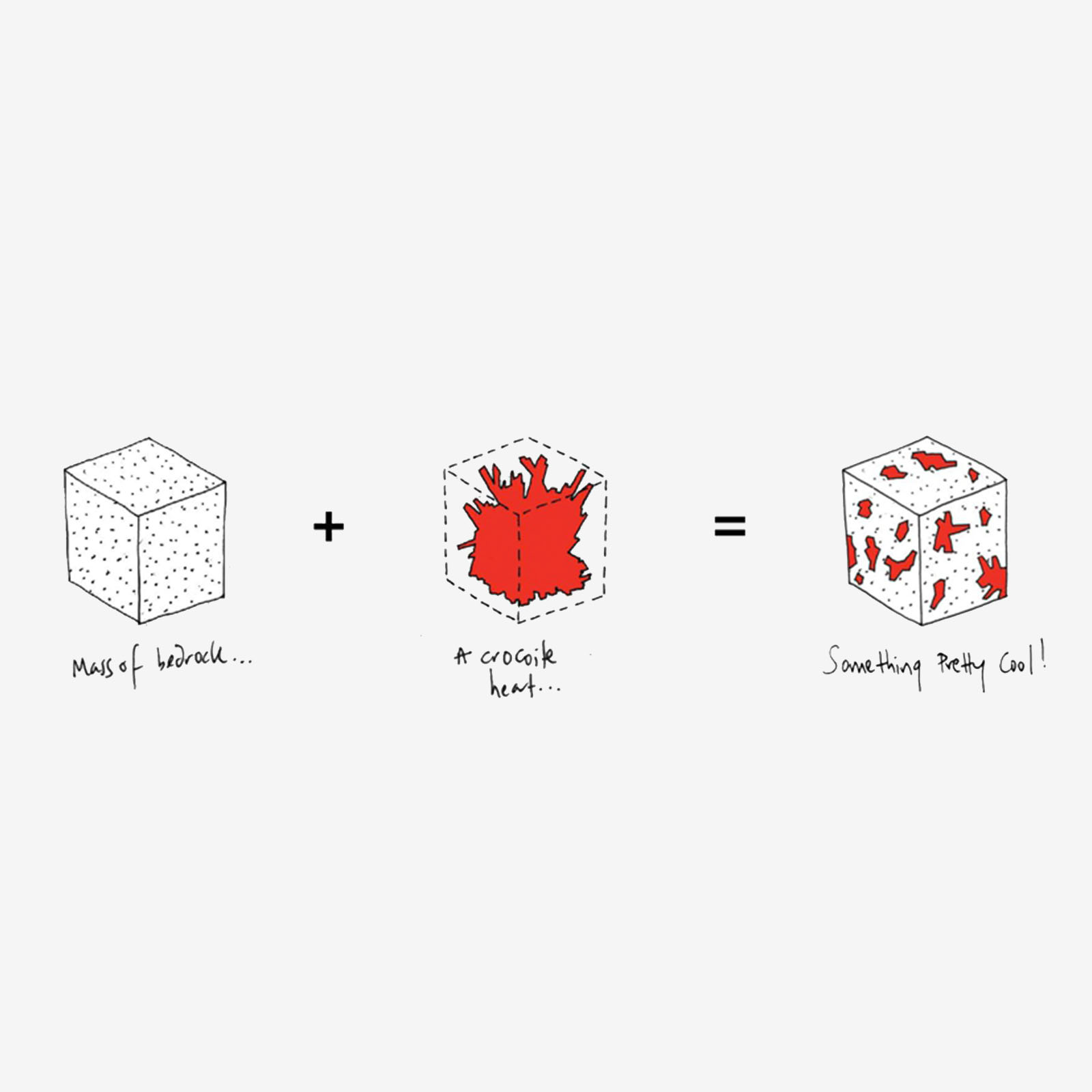 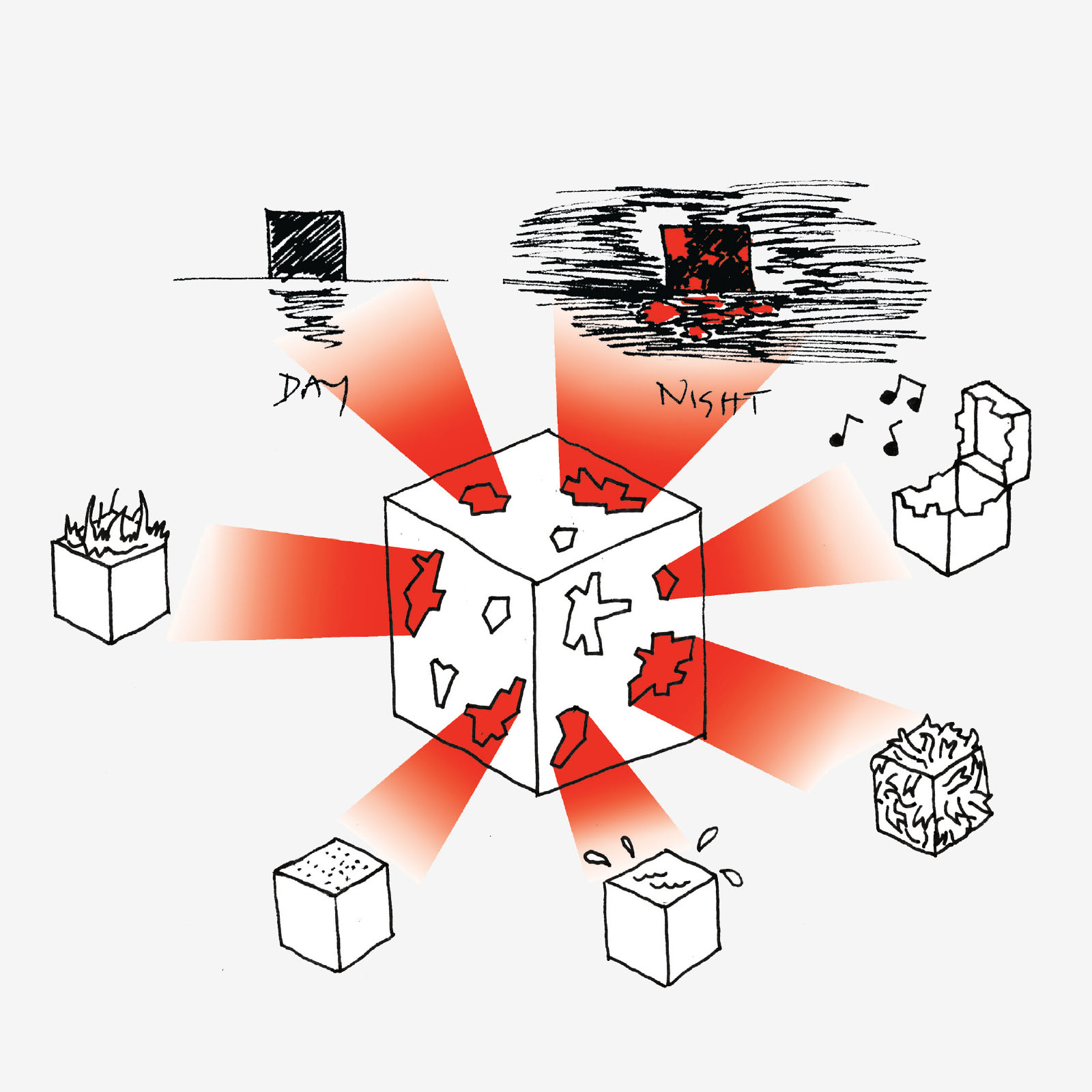 The core aim of the lab was to reveal the contamination of the Derwent Estuary by heavy metals which are found in the sediment layers of bedrock and soil on the riverbed. In researching the link between heavy metals in the Derwent and Tasmanian geology, we discovered crocoite. It’s an unusual mineral that is largely found in Tasmania, and consists of lead chromate PbCrO4, one of the heavy metals that contaminate the Derwent Estuary. Toxic and yet strangely beautiful, crocoite appeared as a natural heavy metal substance that can stand as an exemplar or symbol of the wider condition of the river. 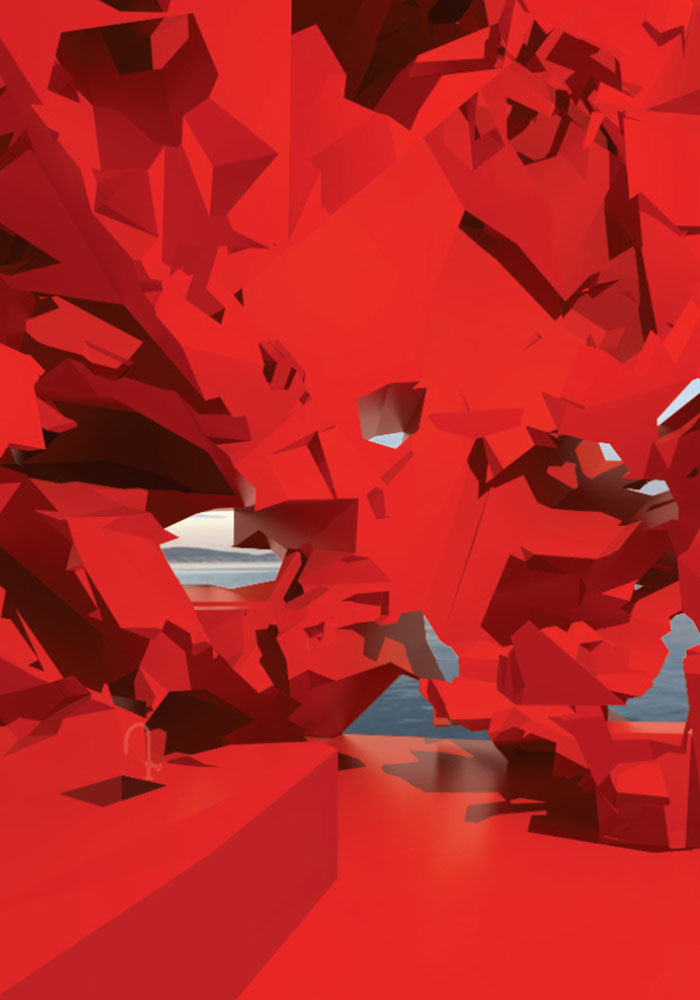 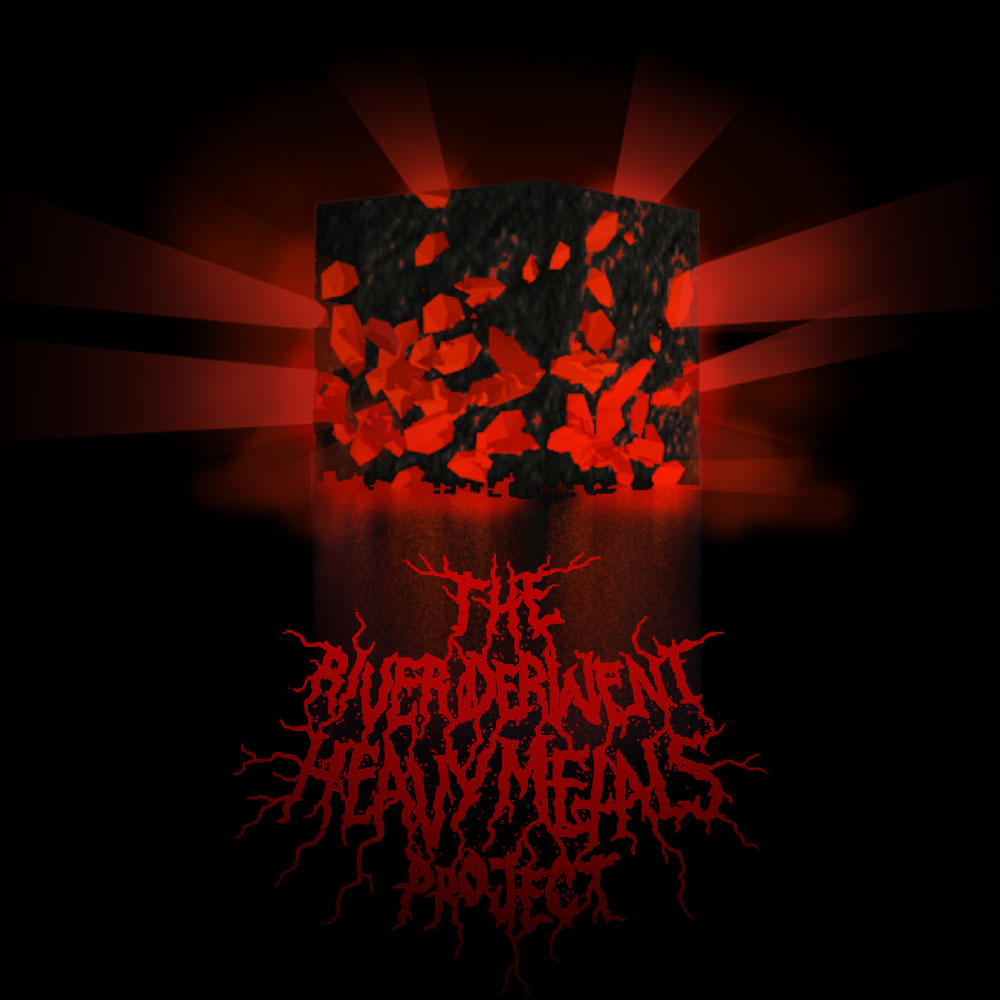 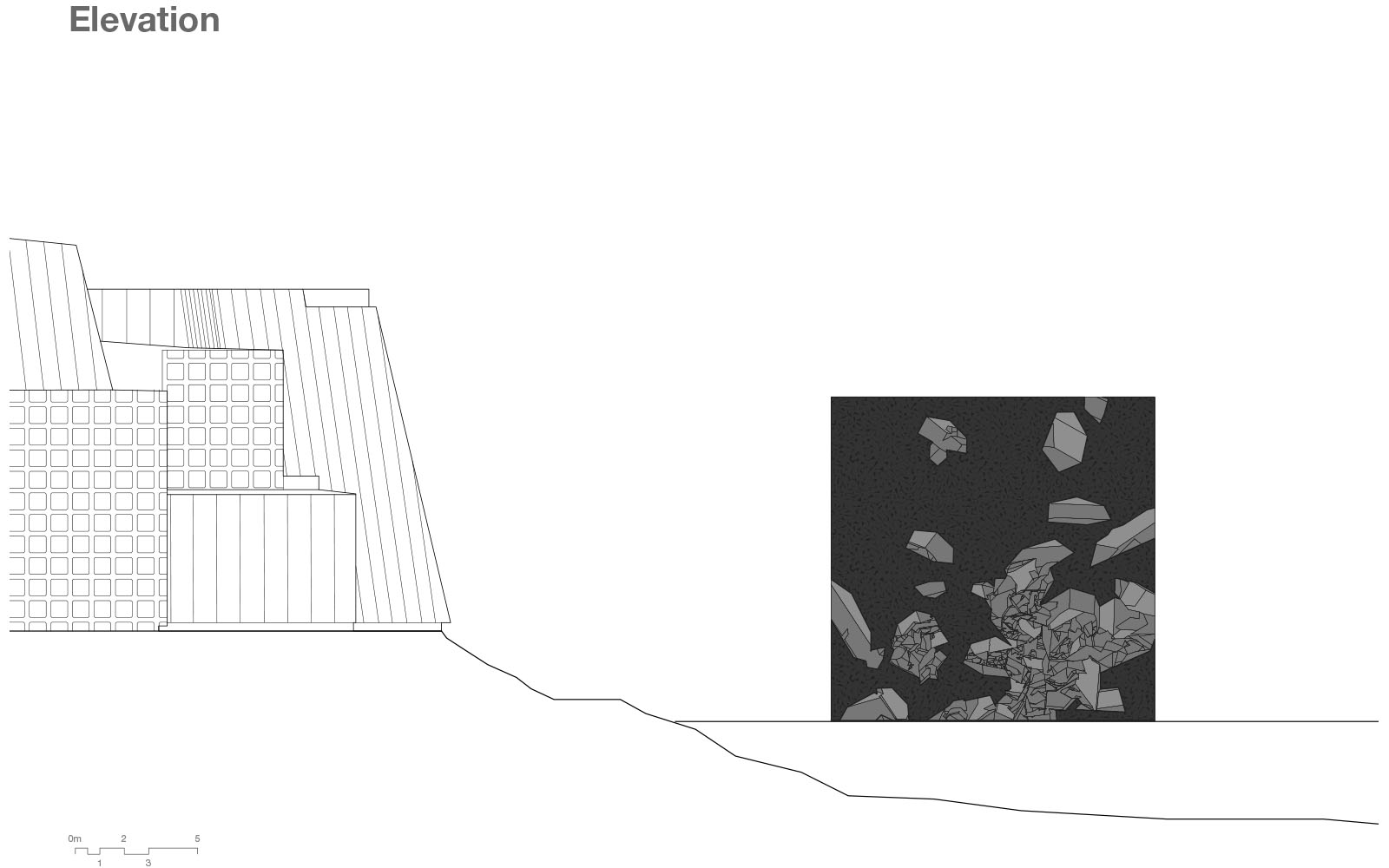 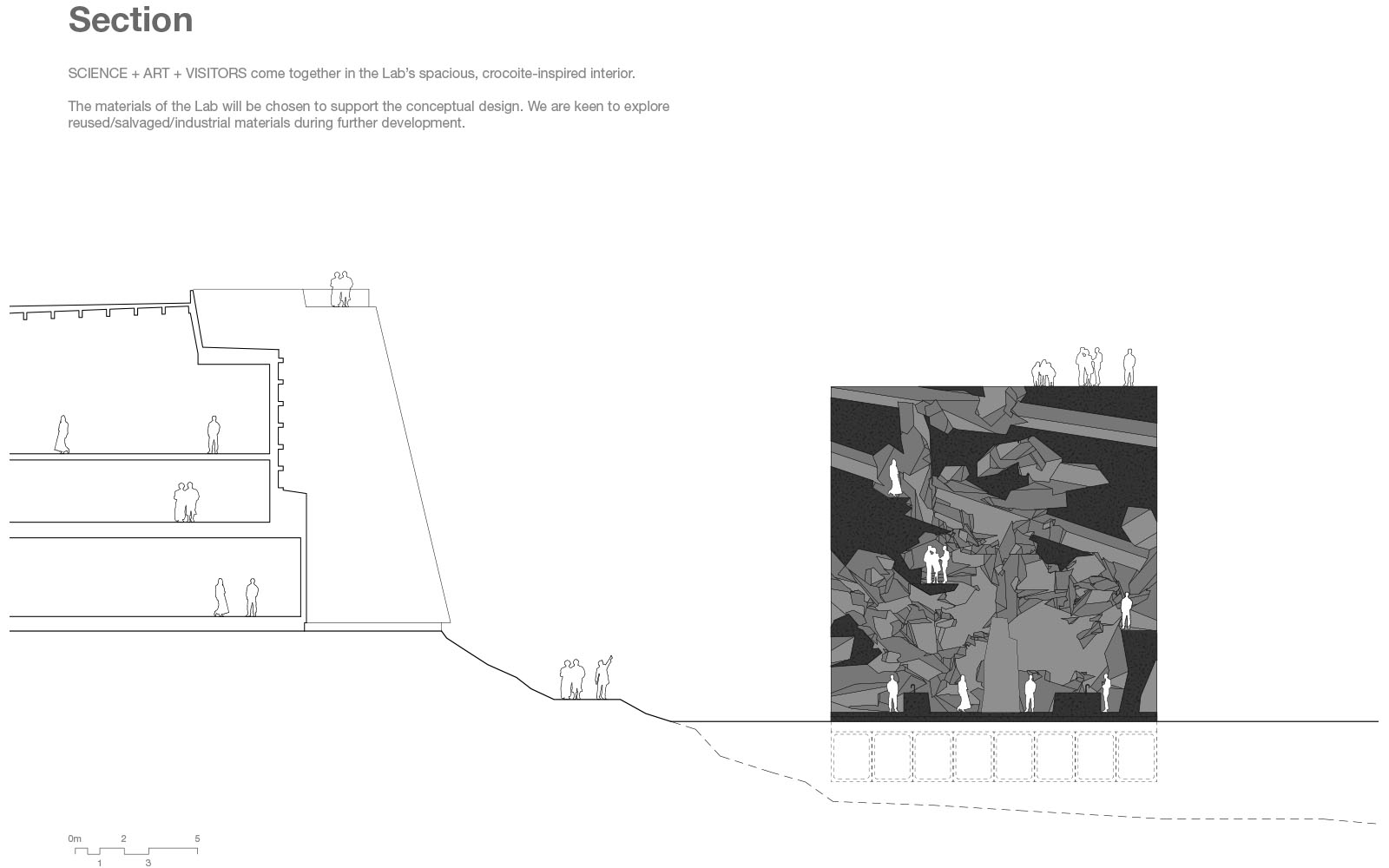 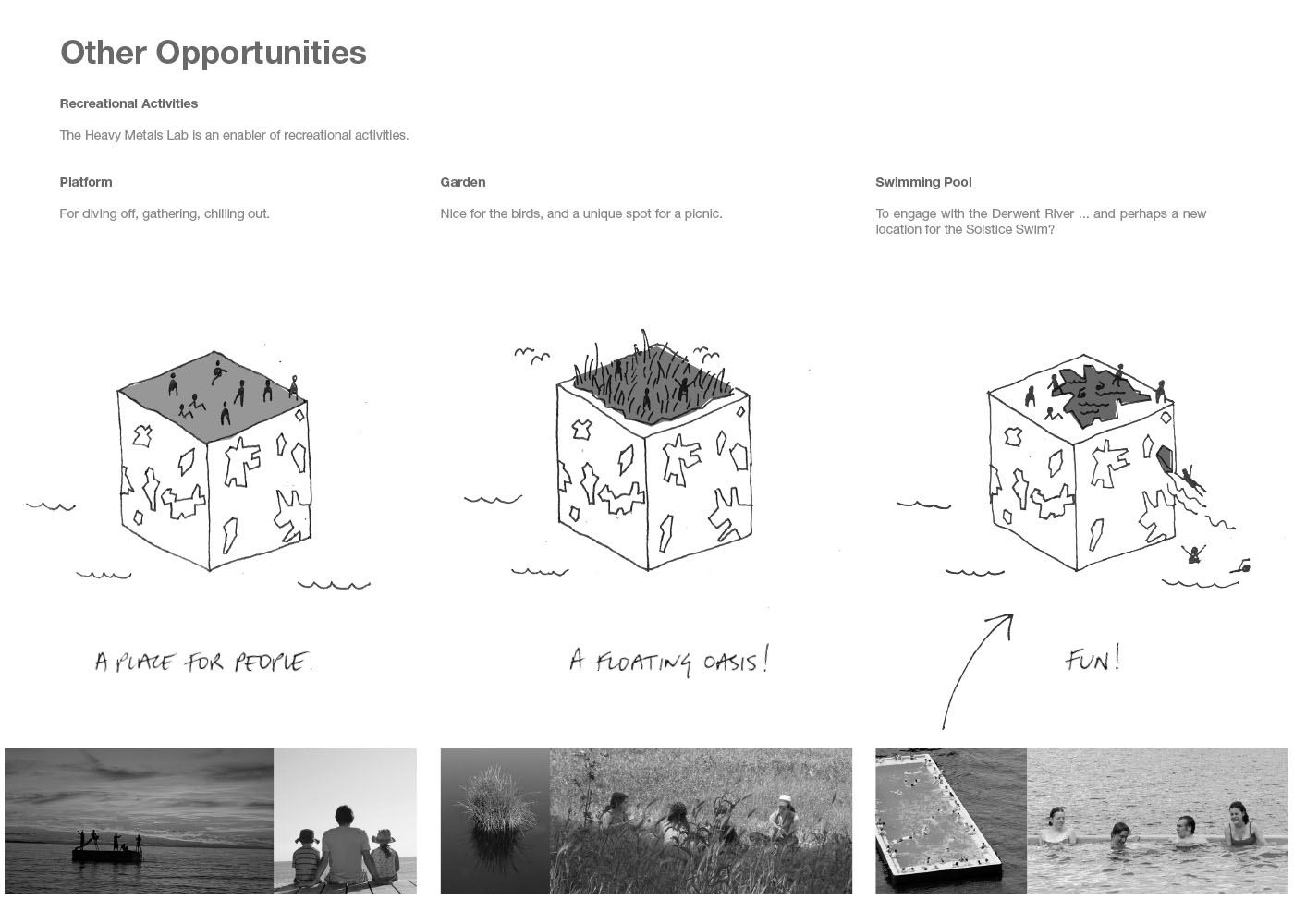 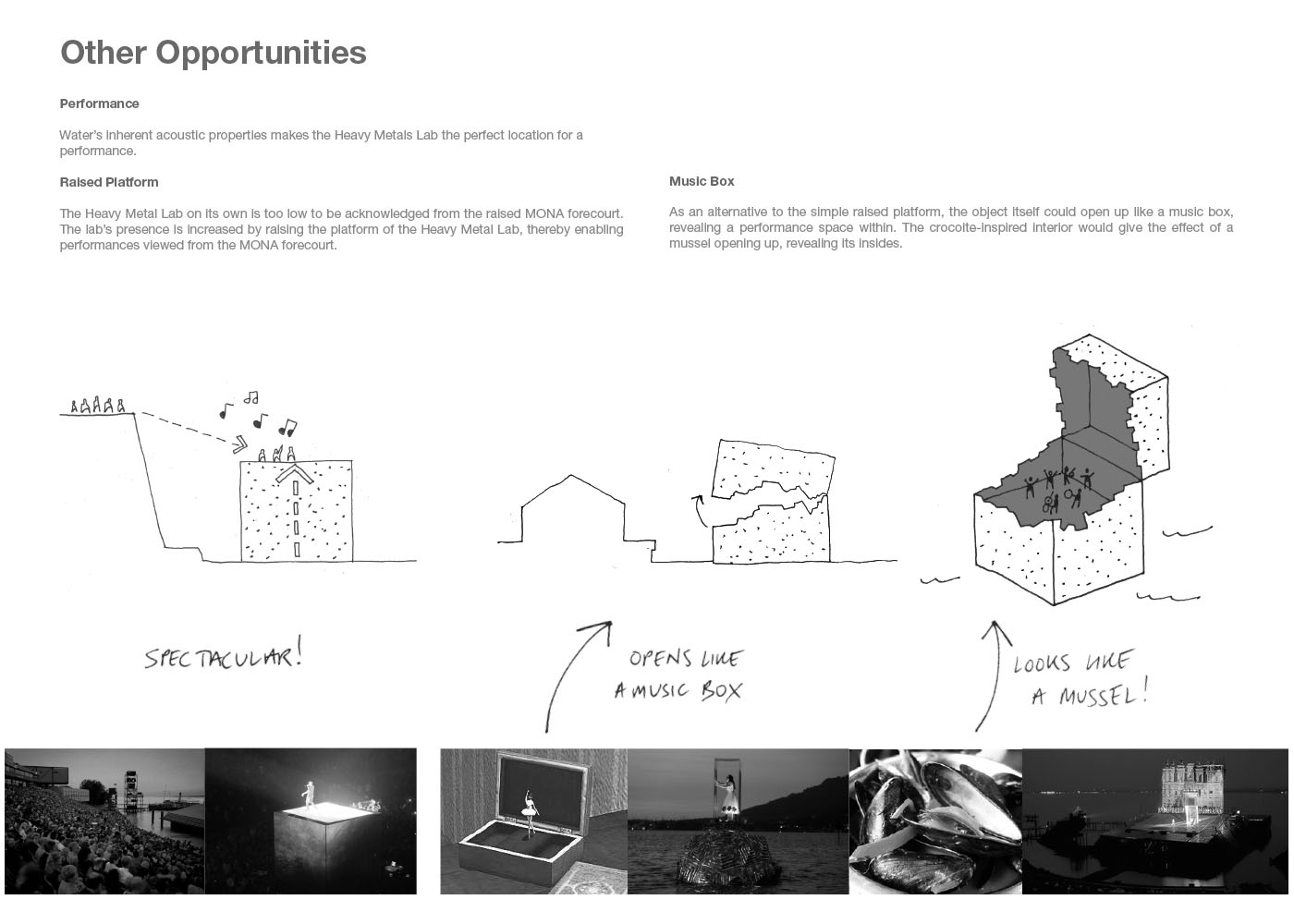 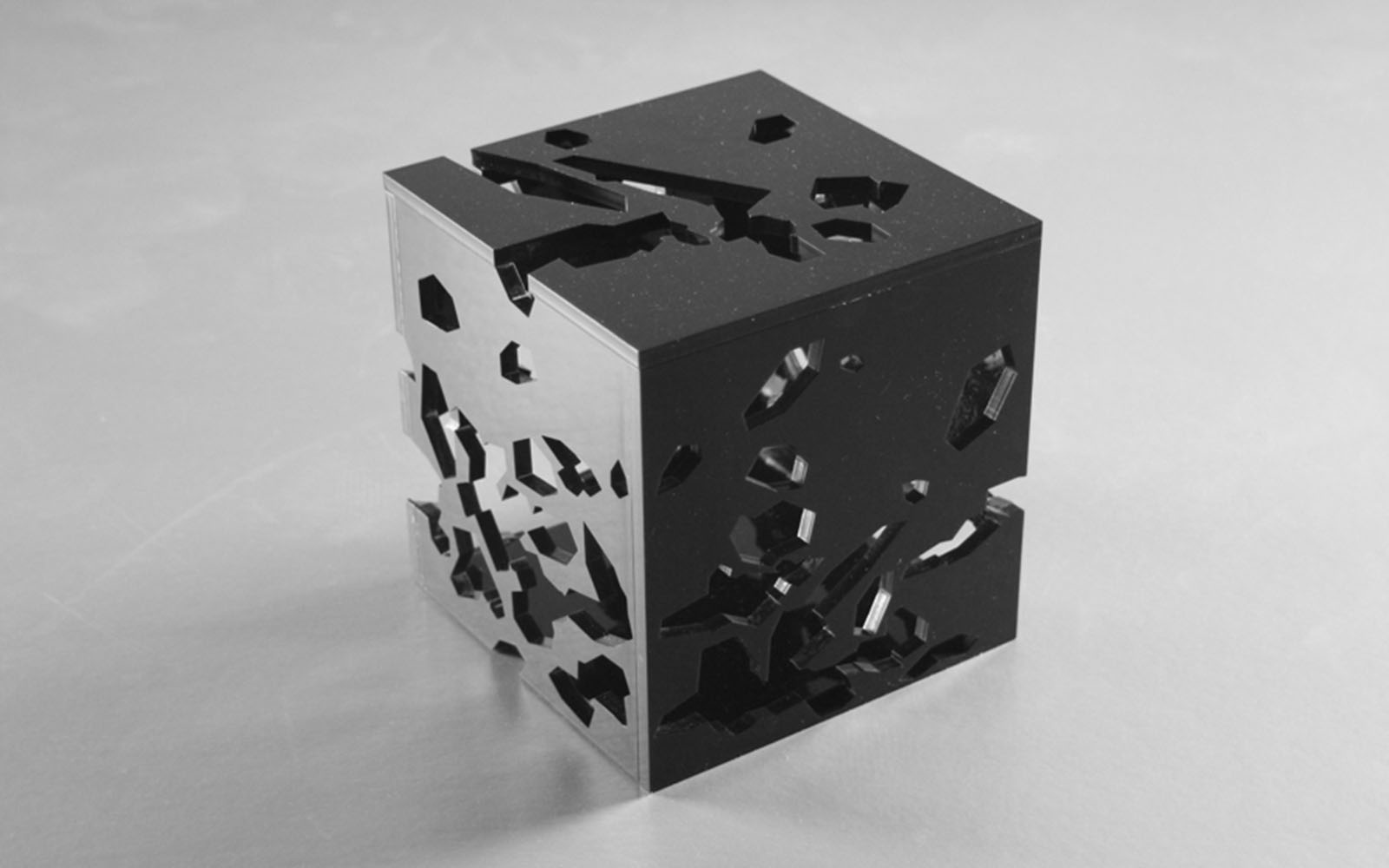 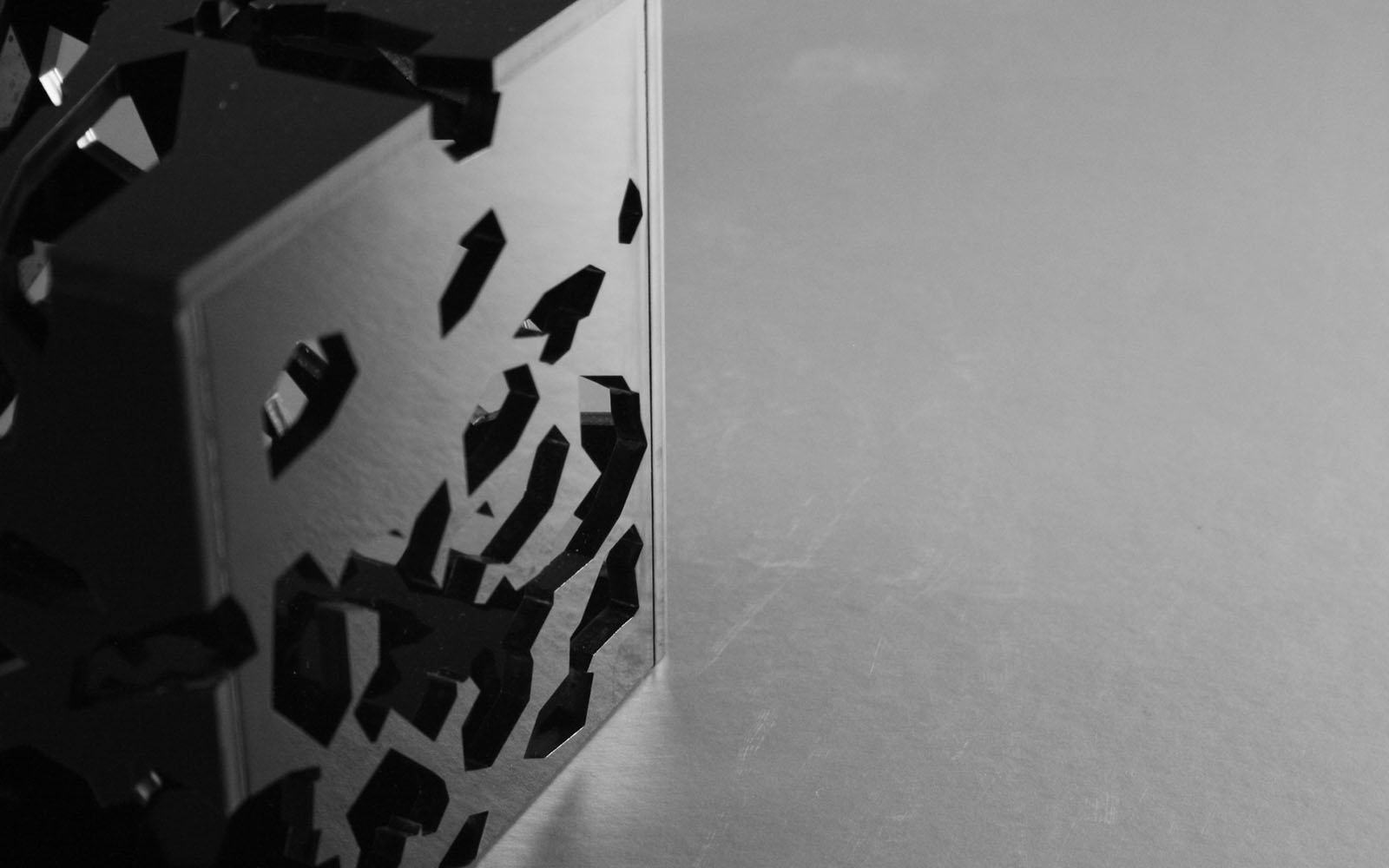 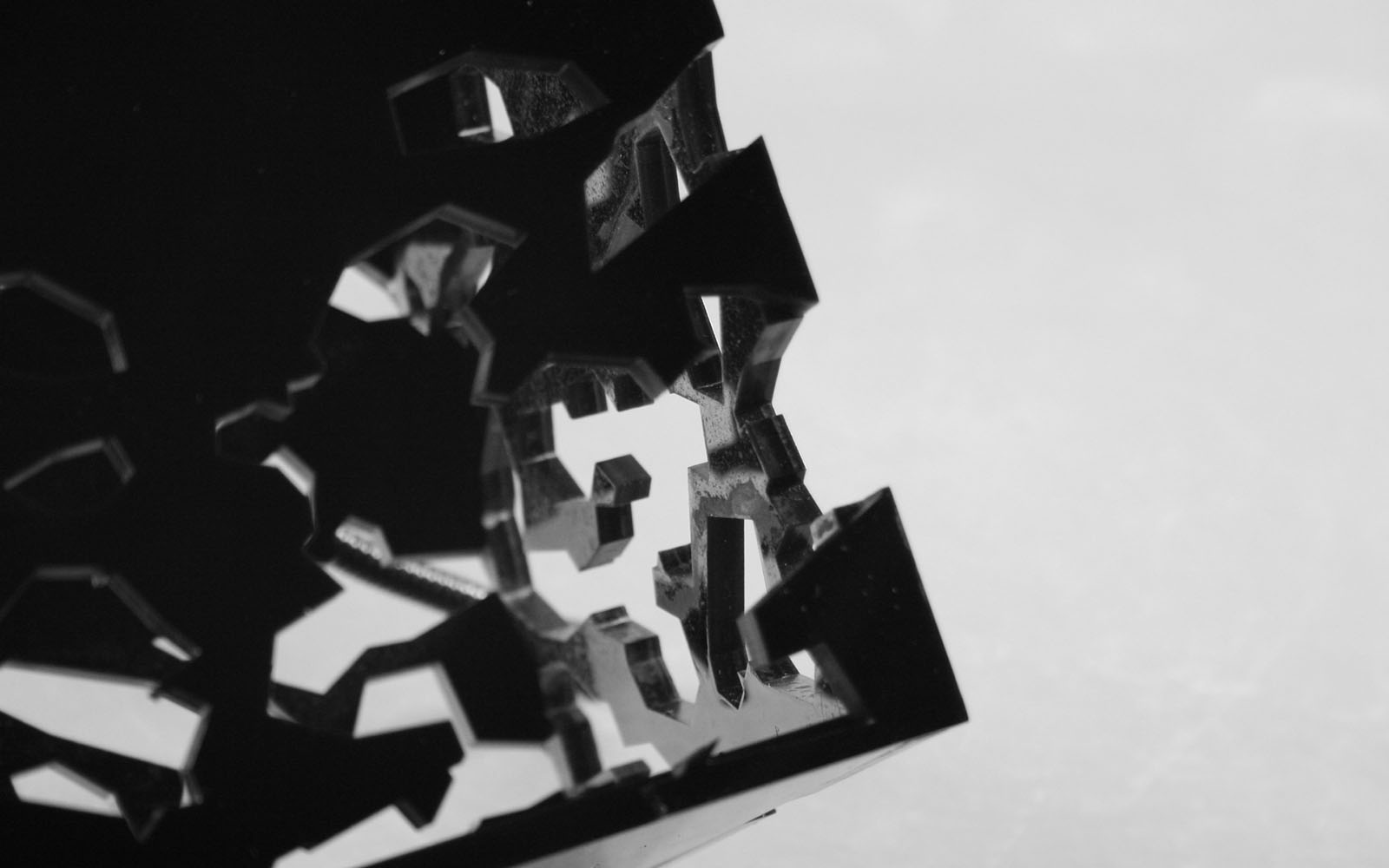 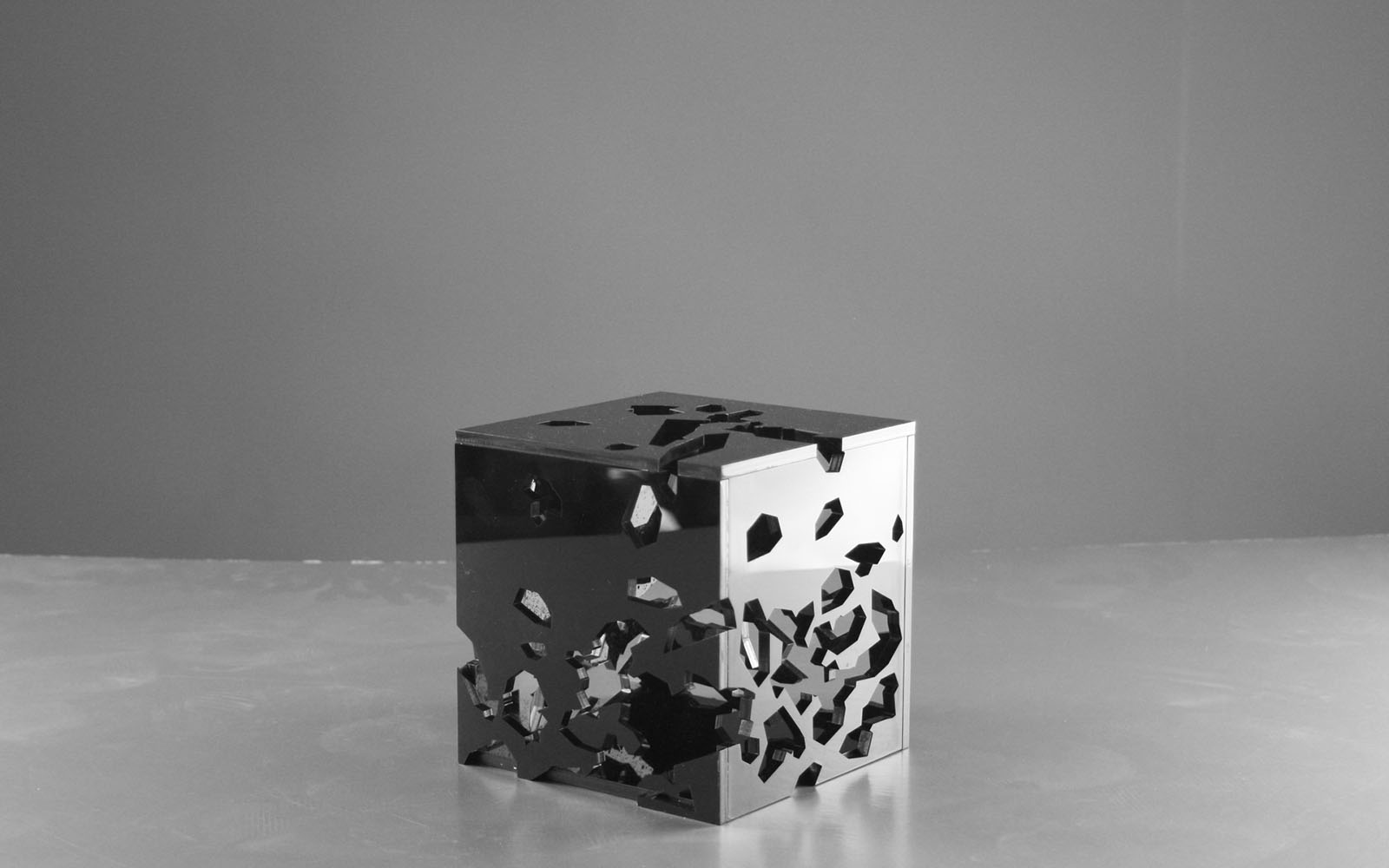 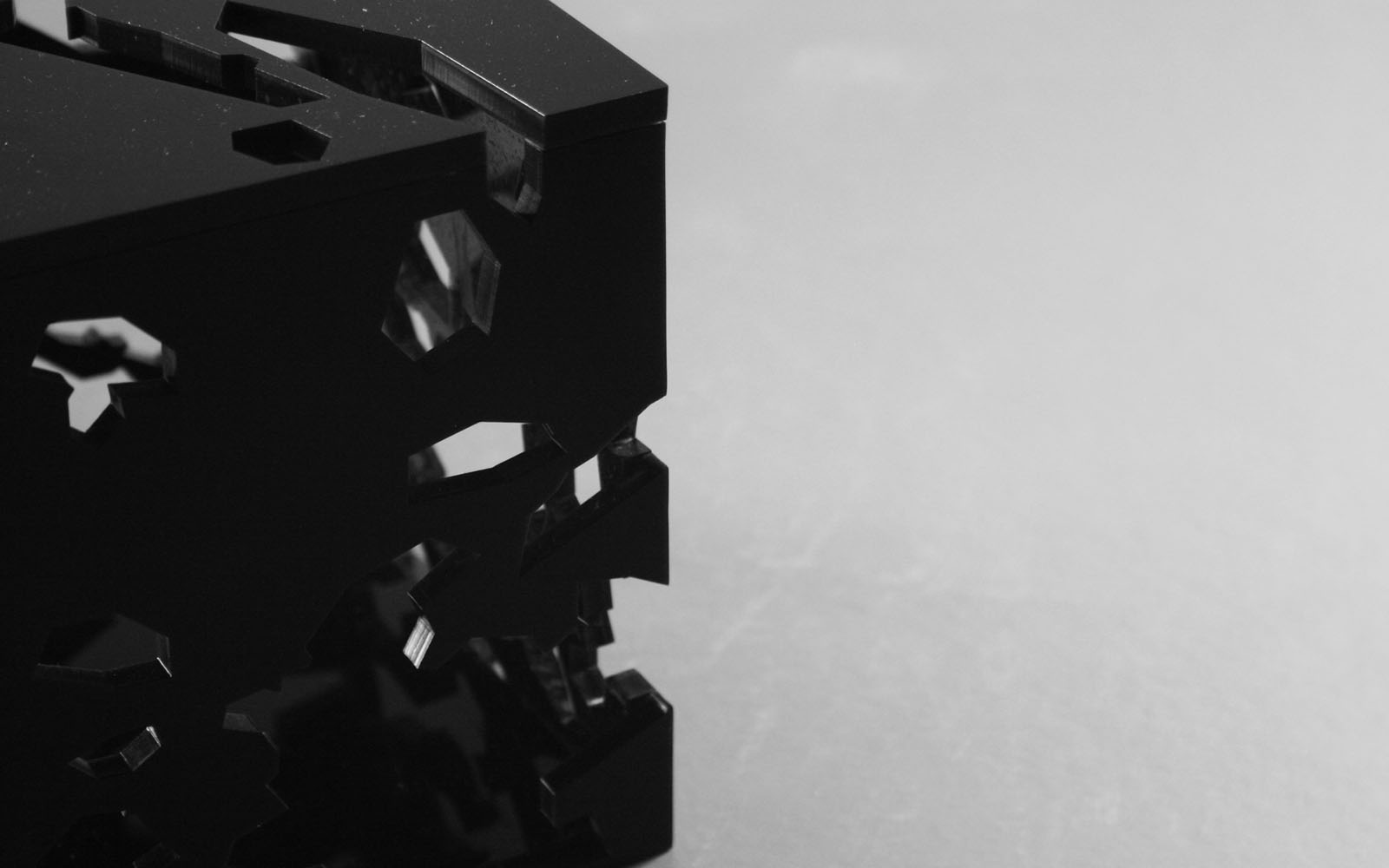 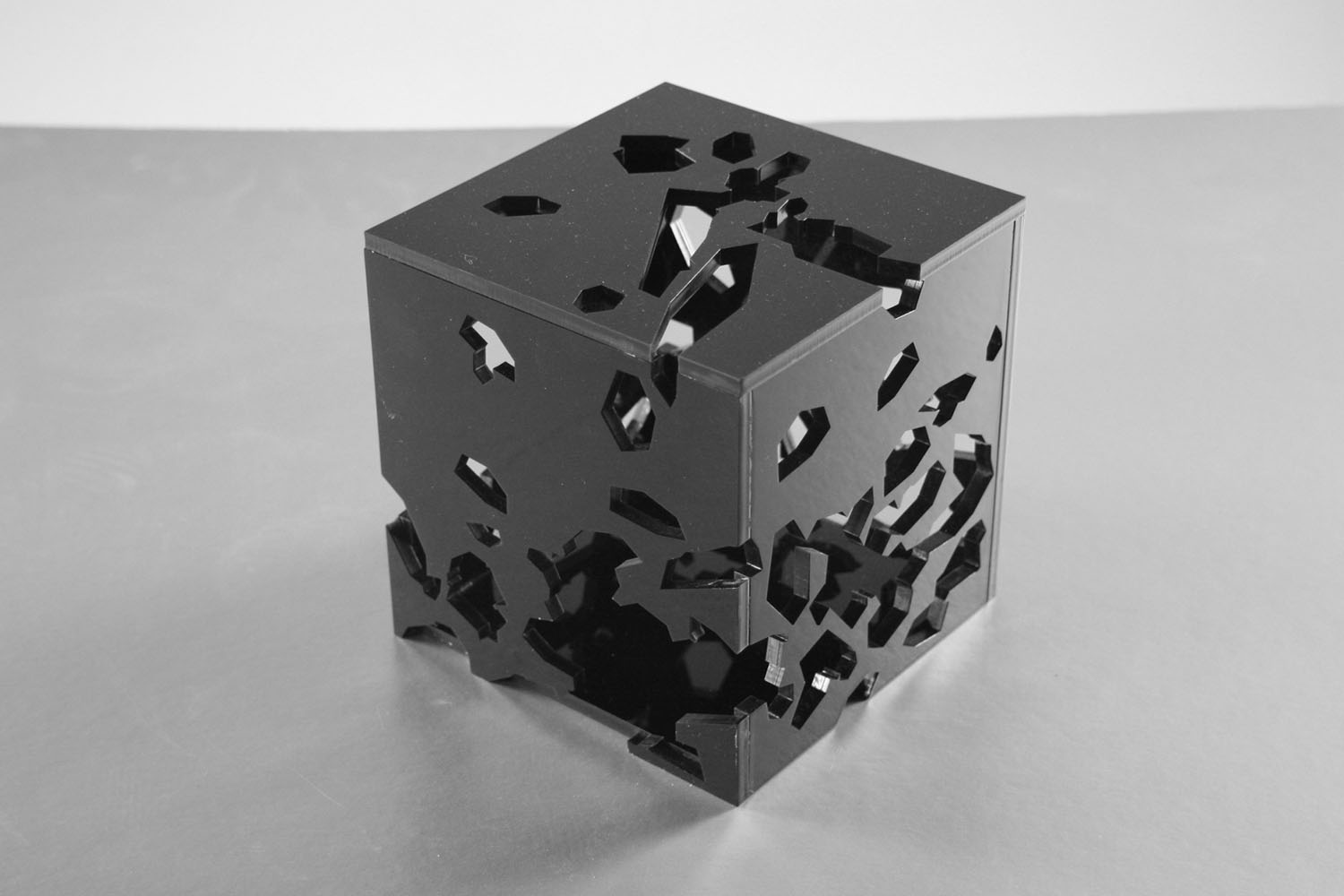